FGFJ x GLOBE+ Interview Series: Leaving No One Behind—The Importance of Including People Living with HIV, Sex Workers, and Transgender People in the SDGs 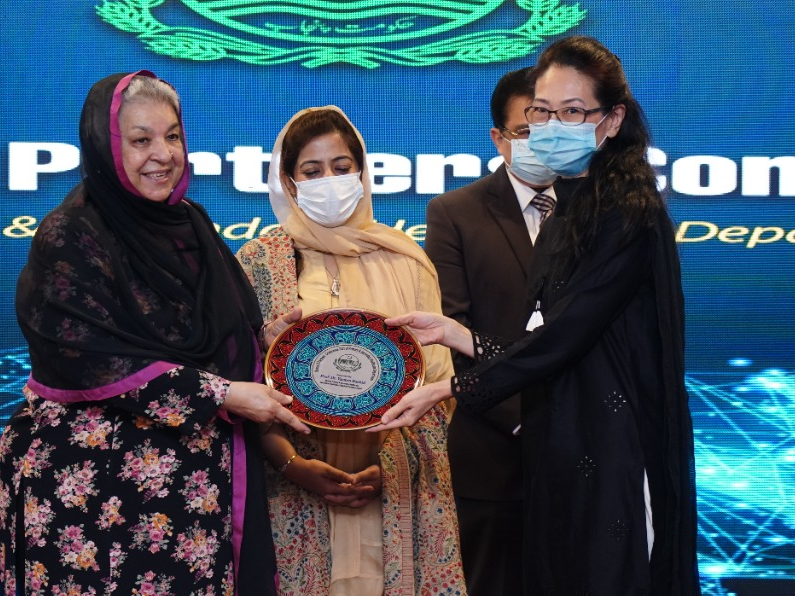 Yuki Takemoto with the Health Minister of Punjab, Pakistan in Lahore, Pakistan, 2021.

Ms. Takemoto points out that support for people living with HIV and those at high risk of HIV infection are also important in the context of the Sustainable Development Goals (SDGs), which have been attracting attention in recent years. In the following interview, she shares her efforts to bring to light the plight of such marginalized populations and make sure that no one is “left behind.”

“Infectious Diseases Without Borders–Our Story” is a collaborative effort of the Friends of the Global Fund, Japan (FGFJ) and Asahi GLOBE+. To read this interview in Japanese, please visit the Asahi GLOBE+ website.

Q: You have had a long career at various international organizations engaged in fighting HIV/AIDS, but can you tell us how you first got involved in this field?

Perhaps because I spent part of my childhood in the United States and Australia, I have always wanted to work in the international arena. My first job was at the Japanese Ministry of Foreign Affairs, from which I resigned to pursue doctoral studies in gender and development in the United States. In 2004, I started my career at the United Nations as a junior professional officer (JPO) at UNESCO’s Regional Office for Latin America and the Caribbean in Chile.

There, as part of the Human Security Fund that was supported by the Japanese government, I was assigned to an HIV prevention education project focusing on Haitians in the Dominican Republic. The project aimed to provide basic HIV education to schoolteachers, students, and their families in a border area where children cross the border from Haiti every day to attend school.

Q: Then from Latin America, you moved to Geneva to work for UNAIDS, a UN agency specializing in HIV/AIDS. Why did you choose to specialize in the fight against HIV/AIDS?

Ever since my childhood, I have been aware of issues such as racism, gaps between the wealthy and the poor, and gender inequality, and I have always wanted to be involved in working for social justice. People living with HIV and those who are most at risk of HIV infection include “marginalized” people, or “those being left behind.”

In the discussion around the UN Sustainable Development Goals (SDGs), we often see mention of “women and children” as representatives of vulnerable groups. But to address HIV, we need to reach those who are truly forgotten or “left behind,” such as sex workers and transgender women, as well as MSM (men who have sex with men) and people who use drugs. In any country or region, an effective HIV response requires working with communities that are “left behind” and investing in measures that address the challenges they face. This aspect of the work on HIV was particularly aligned with my own interests. 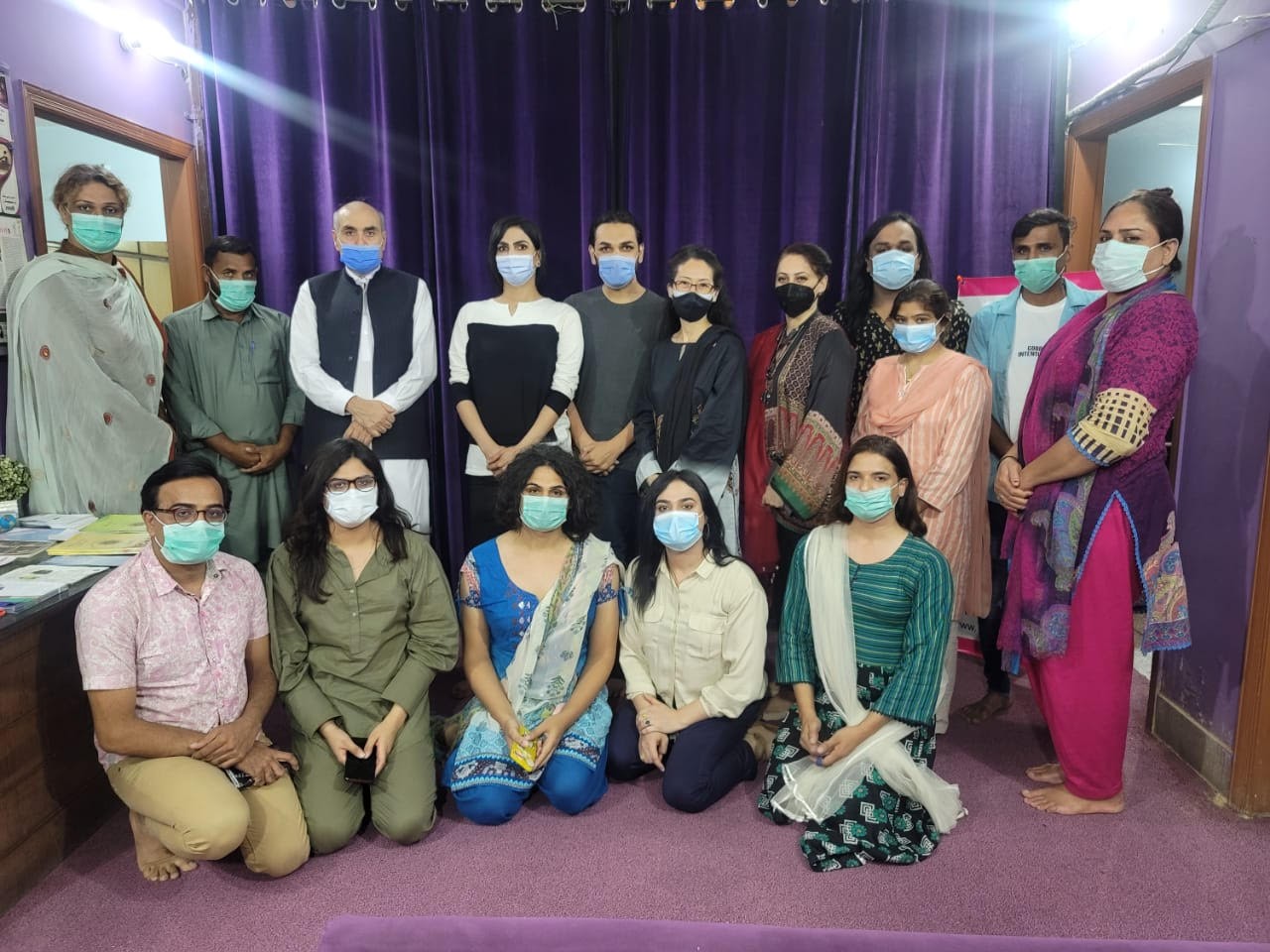 Q: After that, you chose to work in Geneva again from 2017 with the Global Fund to Fight AIDS, Tuberculosis and Malaria (The Global Fund), an international funding mechanism to support the fight against the three major infectious diseases. Can you tell us about your experience there?

At the Global Fund, I had the opportunity to experience the complexities of a financing mechanism and a public-private partnership model that raises, manages, and disburses large sums of money while ensuring accountability. UNAIDS, on the other hand, is a Joint UN Programme that brings together 11 cosponsors and utilizes relatively limited resources to provide strategic direction, advocacy, coordination, and technical support to catalyze and connect governments, communities, and the private sector to deliver life-saving HIV services.

Both the Global Fund and UNAIDS work toward the same goals: to reduce new HIV infections, to make more people aware of their HIV status, and to make it easier for people living with HIV to access and remain on treatment. The two organizations also share the same principles of country ownership and multisectoral partnerships for tailored responses to epidemiological and local contexts.

UNAIDS has resident offices at the country level that help ensure that the Global Fund’s investments produce greater impact through technical support and strengthened partnerships, not only with local governments but also with civil society and other UN agencies. In addition, as a member of the Global Fund’s Country Coordinating Mechanism (CCM) established within each country, we are closely involved in the planning and implementation of the use of funds from the Global Fund.

At the Global Fund, I also found a different kind of diverse workforce. In addition to specialists in development, human rights, and public health, there are many professionals working in supply chain management, accounting, and law, for example. When I see the ART drugs sitting on hospital shelves in different parts of Pakistan, I am reminded of the critical role of those supply chain experts that helped get them there.

Q: From this year, you have been serving as the UNAIDS country director for Pakistan and Afghanistan in Islamabad, the capital of Pakistan. What are your impressions of the two countries and the status of HIV/AIDS control?

Pakistan is a large country with a land area about twice the size of Japan and a population almost double that of Japan, and it is home to rich and diverse languages and cultures. In the regions bordering Afghanistan, you find shared languages and cultures. These two predominantly Muslim countries are closely interlinked historically, culturally, and politically.

The “key populations” in the HIV response include men who have sex with men (MSM), transgender people, sex workers, and people who use drugs. Support for and measures involving these people are considered critical in controlling the AIDS epidemic. In countries that follow Sharia law, including Pakistan and Afghanistan, working with some of these key populations can be extremely sensitive. In both countries, there is a programmatic focus on people who inject drugs—these are people who face social stigma and discrimination and the highest HIV burden.

In Afghanistan, our primary focus for the HIV response for the moment is to first and foremost respect the principle of “do no harm.” We are currently trying to ensure that the people living with HIV receive antiretroviral therapy without disruption.

It is noteworthy that in Pakistan, the idea of a “third gender” has existed for a long time and is now recognized by law: the Transgender Protection Act came into effect in 2018, prohibiting discrimination and harassment against transgender people and guaranteeing their right to education, employment, and the right to inherit property. The gender section of identification cards, including driver’s licenses and passports, also provides three options: male, female, and other. 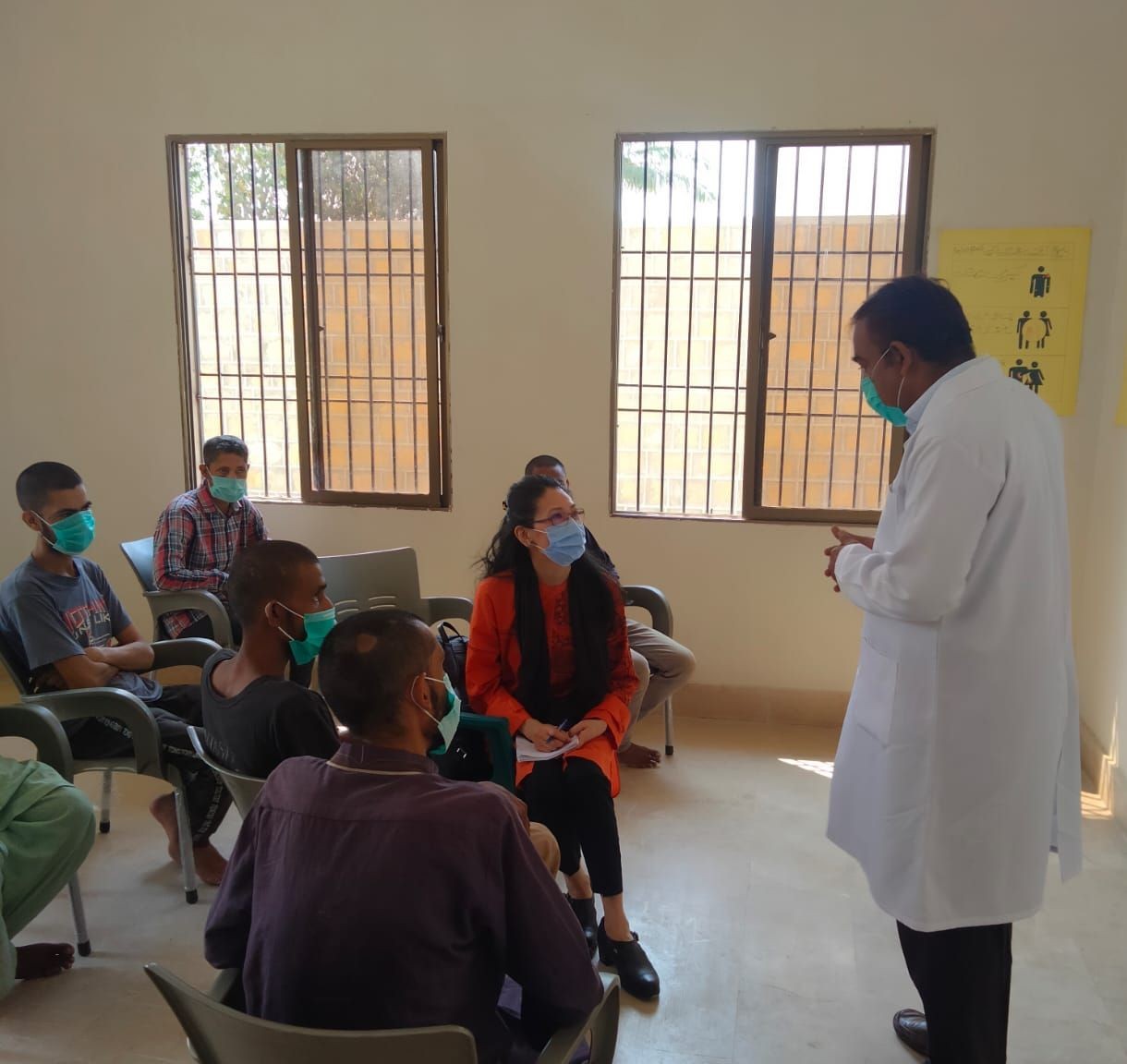 Q: Has COVID-19 had any negative impact on the fight against AIDS?

The WHO has recognized Pakistan’s effective response to the COVID-19 pandemic, and its economy has been relatively strong so far. Pakistan undertook a decentralization of its public sectors including health in 2011 and the overall responsibility for health services rests with the provinces. When COVID-19 hit the country, however, the central government responded quickly and implemented targeted lockdowns of hot spots, which is said to have been effective. Symbolic of its successful control was that hospitals have been able to handle emergencies without being overwhelmed according to the government. The overall infection rate has remained low, and the vaccination rate is said to be over 50% in metropolitan areas.

However, there was some dire impact for HIV services. I was very touched to hear that while dealing with the heavy burden of COVID-19 cases, doctors and nurses at HIV treatment centers found innovative ways of delivering ARVs to patients’ homes on motorcycles so as not to disrupt the treatment regimen for people living with HIV who could not come to the hospital.

Q: Is there any lesson from the history of AIDS that can be applied to the fight against COVID-19?

AIDS has a groundbreaking history of activism, where the people who were directly affected stood up, moved governments, and paved the way for changes to be made and measures to be put in place. It was a “health” issue that required solving many different aspects, from fighting against deep-rooted discrimination and prejudice to setting up new support frameworks (including investments) and changing laws as needed.

As is often said in the context of COVID-19, “No one is safe until everyone is safe.” Yet even in handling one issue such as vaccines, there is inequality everywhere, both between nations and within nations.

There are many lessons from the HIV response that can inform effective responses to COVID-19 and future pandemics. For example, effective measures should reflect the voices of affected communities. No services will be truly effective unless you understand why the people concerned are not accessing them. The COVID-19 pandemic has also shown that unless we understand why people do not want to get vaccinated, society as a whole cannot ensure effective prevention.

Q: Finally, what are your thoughts on Japan from an international perspective?

Working in developing countries makes you realize the resources and influence Japan has. The warm welcome extended to me in Pakistan by so many people, including by government officials who have visited Japan as part of JICA’s programs, is a reminder of Japan’s contributions over the years through its ODA and other development programs.

At times, I have the impression that Japan may be too modest in its appeal to the world despite being one of the major donors in the field of global health. It is not well known that Japan is contributing a lot to the fight against infectious diseases in Pakistan and Afghanistan not only through bilateral assistance such as the projects carried out by the Japan International Cooperation Agency (JICA), but also through its support to international organizations such as the Global Fund and UNAIDS. I hope to explore opportunities, such as World AIDS Day (1 December) to highlight Japan’s contributions along with other partners and donor governments. It so happens that the country offices of UNAIDS and JICA are located in the same building in Islamabad. We are exploring possible synergies between Japan’s development assistance through JICA with our work at UNAIDS including our support to the Global Fund in Pakistan. 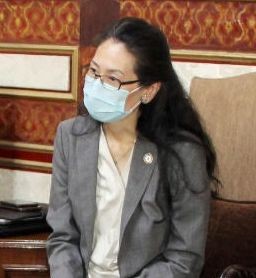 Yuki Takemoto is the Country Director for Pakistan and Afghanistan at the United Nations Joint Programme on HIV/AIDS (UNAIDS). She has over 20 years of experience in development cooperation, including fifteen years leading policy, programs and strategic partnerships for health, gender equality and human rights through multiple UN agencies (UNAIDS, UNESCO, UNDP) in Asia Pacific, Latin America, and Europe. She has also worked for the Japanese Ministry of Foreign Affairs and the Global Fund to Fight AIDS, Tuberculosis and Malaria. Ms. Takemoto holds a Master of Public Policy from the University of Michigan, a Bachelor of Laws from Kyoto University and completed PhD coursework at Emory University.